Why Najib chose the forex scandal to ... - Malaysia Today 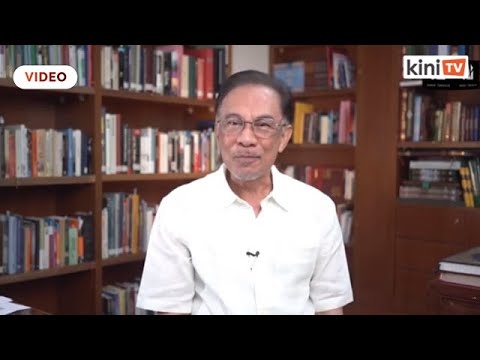 3 Lessons not learnt from the 1MDB.

With so much publicity on 1MDB, most Malaysians are still missing the crucial lessons to be learned from this scandal. Malaysian are confident that the new government will resolve this debacle and that we can start moving on towards a better future. However the reality is 1MDB is not the first scandal committed by our previous government. Prior to this there’s the PKFZ and prior to that there’s the Bank Negara Forex scandal and the list goes on (a whole Wikipedia page of it). The fundamental reason for corruption needs to be identified. Without knowing the core factors contributing to governmental corruption, it’s just a matter of time before the next scandal hits.
The first reason or lesson on why the BN government was able to keep stealing the nation‘s money for so long is because we have a big government. Our government has grown so big to the point that it controls almost every aspect of our lives from education to healthcare, from media to sport, and with close to 500 GLCs(source from www.index.my) there are bound to be leakages. 2 reasons for this:-
1) Big governments need big budgets to operate. When there’s big money, there will always be “opportunities” for people who want some of that money.
2) Big governments have strong influences over policies, so there will always be people who want to lobby for certain policies that would benefit them.
Thus to reverse this, Malaysia needs a smaller government that will require less funding. A smaller government also means there will be limited government policy influencing over different industries which will immediately lessen the opportunity for corruption. It’s time for our new PH government to let go of all those GLCs that are not profiting the country and reduce the number of ministries that the government has no business to be in in the first place i.e. sport, media and education.
The second lesson that Malaysians have not learned is the lack of check and balance in our governmental power structure. The recent budget 2019 announced that the government is going to hire additional 100 MACC staff to police themselves from thieving. This won’t mean anything when the MACC’s Chief is still being appointed by the PM instead of a select committee of Dewan Rakyat. The judges of Federal Court are still being appointed based on the PM’s recommendation and so are all the top posts in regulatory agencies like Bank Negara, Security Commission and Ministry of Finance. Have Malaysians forgotten how Najib easily replaced the Bank Negara Governor,MACC’s chief and Attorney General in the mist of the 1MDB initial investigation? Until we have in place a system of check and balance for governmental power, 1MDB will not be the last scandal.
The third lesson that Malaysians failed to grasp from the 1MDB scandal is our high economic dependency on the government. This has resulted in a growing number of GLCs being established since Merdeka. 1MDB, Khazanah, Petronas, Proton, MAS and FELDA are just some of the many GLCs created under the banner to generate revenue for our country’s development. Not only did most of these GLCs perform poorly in helping the Rakyat but they are also a breeding ground for corruption and the mismanagement of public funds. When the losses are too big to the point of insolvency, tax payer funds are being used to bail them out. A recent report from The Star 9th July 2018, revealed that the top executives of GLCs are drawing fat salaries regardless of their company's performance. This is not surprising since most top positions in GLCs are given as a form of reward to individuals for their political loyalty rather than their expertise. I believe it’s high time the Rakyat realize and acknowledge that government can never solve our problems least of all our country's economic problem. It’s time the government divest our behemoth GLC before another one of them turns into the likes of 1MDB.
Malaysia is a blessed country. Malaysians are blessed people. We all decided to start over on 9th May 2018. It’s time for Rakyat Malaysia to be truly Merdeka and start taking responsibility for our future. It’s time for Rakyat Malaysia to tell our government we don’t need your good intentions and your handouts. It’s time for Rakyat Malaysia to have a government that acts more like an umpire and keeper of the law and nothing else. Paraphrasing Frederick Douglas, “Do nothing with us! Your doing with us has already played the mischief with us. Do nothing with us! ....And if Malaysian cannot stand on his/her own legs, let him/her fall. All we ask is, give us a chance to stand on our own legs! Let us alone!”

My dear colleagues,
No doubt many of you have read, listened or watched the news and social media coverage on the speculation of me vacating the Governor’s position. In fact, you were probably queried and asked by numerous family and friends on the validity of these reports.
This morning, I thought it is important that I speak to you candidly on this matter.
When I took office in May 2016, I vowed to execute the responsibility of the office of the Governor with the highest level of professionalism, integrity and honour. Over the past few weeks, there have been serious questions raised if I have fallen short of this standard and put at risk public confidence in the Bank.
As a central bank, we are only as effective as the trust and confidence that the people of Malaysia and its leaders place in us.
I am prepared to relinquish my post if I no longer have the strong trust and support of the public. I cannot in good conscience continue if it affects the Bank’s image and reputation.
We are judged by the decisions we make, like for example the recent purchase of Lot 41, acquired at RM850 per square foot, which has attracted wide public interest.
The perception is that the purchase of the land was made to intentionally aid and abet the misappropriation of public funds pertaining to the corruption and scandal surrounding 1MDB. This is totally untrue. Bank Negara Malaysia will never be party to any such activities that would betray the public trust in us. We abhor any semblance of corruption and abuse of power.
Skeptical as many may be, the Bank did not know nor did we have any control over the proceeds of the land purchase that would be used to settle 1MDB’s obligations. It is simply unthinkable for us to be associated with such a controversial entity mired with accusations of fraud and mismanagement. It is not in our nature to do such things. We even took enforcement action against them earlier.
The 1MDB scandal has cost the country dearly and as a Malaysian myself, I am deeply angered, distressed and outraged. This is indeed a matter of significant public focus and I can understand why any association with the scandal, unintended or otherwise, is invariably met with a strong sense of public outrage.
My priority now is for the Bank to move forward and continue to focus on delivering its mandates to serve the Malaysian people.
My dear colleagues,
The purchase of Lot 41 land was not the first time we have done such a transaction. As many of you would know, we have over the years, acquired several pieces of land throughout the country to enable the discharge of our mandates. Our own headquarters presently were built on three separate land acquisitions made in the 1950s and 1980s. The Bukit Perdana land, acquired in 2013 at the price of RM1,235 per square foot was also based on an independent professional valuer, upon which the ongoing construction of the Asian School of Business and the Financial Industry Training Centre are being done, are also the nearest examples.
We have also always wanted to create greater synergies between our numerous affiliated institutions and ensure talent development for the financial sector workforce. With this objective in mind, we indicated our interest as early as September of 2016. We initiated the purchase of the land a year later when we knew that there was an emergent interest by the Government then to sell this land. We believe that it was an excellent opportunity to secure an asset on fair terms that will be central to sustain our future long-term growth. We have a vision for a Financial Education Hub that will also host among others, a global Islamic finance university, a Shariah academy and research centre, a financial services library, innovation labs, a cybersecurity operations centre and an integrated security command centre.
We ensured that everything was done in the right manner, with proper governance and accountability, including compliance with all relevant laws. Internally, we deliberated this at a number of Board meetings. We even recommended to the Government for the sale to be best done by way of a public tender which we would be glad to participate competitively in along with any other interests. We also chose to publish a press release in January 2018 to inform the public of the purchase in our effort to be transparent.
Coming out fresh from the experience of a Royal Commission of Inquiry on forex losses of thirty-years past, the Bank was careful to make sure everything is above board. We knew that we need to pass the test of public scrutiny in everything we do to maintain our reputation and confidence of the public.
For more than 34 years, I have always strived to serve, to do my best in the interest of the country, its values and its people. The office of the Governor is a heavy responsibility with great capacity for good. It is also a privilege, as it entails working with possibly the best talents Malaysia has to offer. Malaysia is at a critical juncture in our history, it is important for us to stand united as an institution in rising to the occasion. The Malaysian people expect nothing less than our full dedication and commitment.
This institution is bigger than any individual, and I truly believe our best days are ahead of us. Let us draw courage, lessons and strength from this.
Thank you.
Regards,
Muhammad bin Ibrahim Governor

Sunday, 19 February 2017. Bank Negara Malaysia Forex Skandal Bericht - Malaysia fordert in Staatsfonds-Skandal Schadenersatz “Bank Negara Forex Scandal: When Government Becomes Speculator.” 2.30 ptg, Sabtu 2 Jun 2012 di Dewan Sri Pinang, Padang Kota Lama, Pulau Pinang. Oleh: Dr Rosli Yaakob (Panel Jemputan) Siapa Dr.Rosli Yaakob? Born in Kampong Kundur, Rembau, Negeri Sembilan in 1952. Currently he is the CEO of Ahsania-Malaysia Hajj Investment and Finance Company Limited, Dhaka, Bangladesh. Obtained his first ... Monday, 3 April 2017. Forex Skandal Malaysia Najib has many options to choose from in how to hit back at Mahathir. Najib could have chosen any one of the dozens of scandals that Mahathir left behind. But Najib chose the Bank Negara forex scandal to whack Mahathir. And this was done for a reason. THE CORRIDORS OF POWER Raja Petra Kamarudin I For the BNM forex scandal, this is the first time that it has been investigated – by the RCI, and soon by the Royal Malaysian Police. And the first police report was made by a member of the RCI itself after the RCI findings report was published – 25 years after the whole thing happened. So, we should all say our thank you to Lim Kit Siang for exposing this crime against ALL Malaysians ... KUALA LUMPUR, June 22 — Over two decades after it first emerged, a Royal Commission of Inquiry (RCI) is finally being established to investigate the Bank Negara Malaysia (BNM) foreign exchange scandal. The losses from BNM’s forex trading, alleged to be more than US$10 billion (RM25 billion...